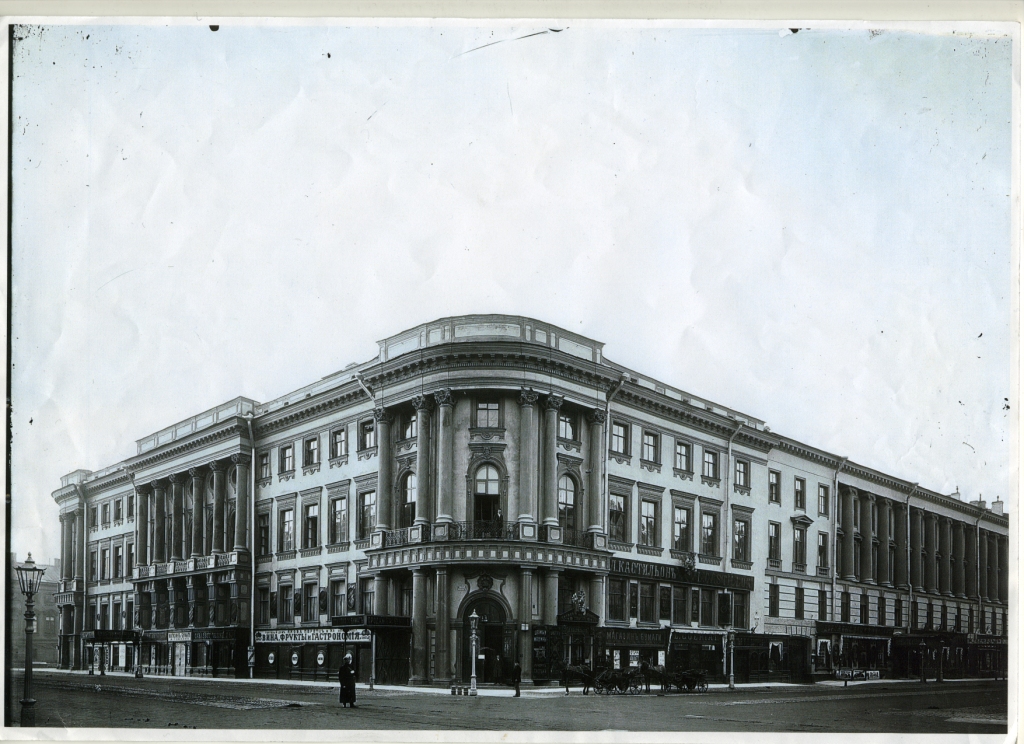 1755 Empress Elizabeth, daughter of Peter the Great, has a temporary wooden Winter Palace built between the Moika River and Nevsky Prospect, St Petersburg’s central street, while her permanent Winter Palace is constructed

1768 Empress Catherine the Great presents the plot of land to Nikolai Chicherin, the Chief of Police in St Petersburg. General Chicherin commissions French architect Jean-Baptiste de la Mothe to build a palace on the site 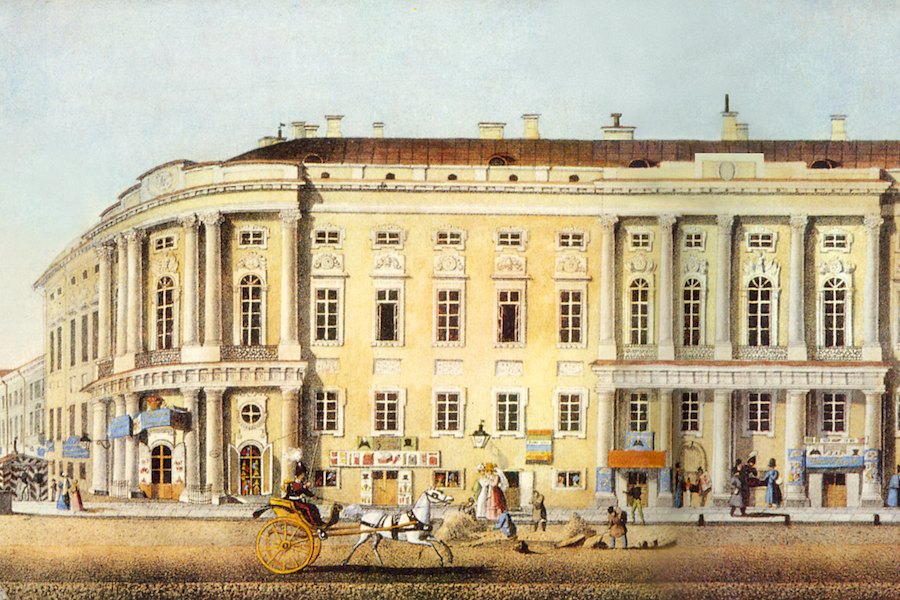 The 1770s By order of Empress Catherine II, the river and canal embankments in St Petersburg are faced with granite; Moika Embankment is one of the first to be re-decorated

1771 Chicherin House is completed, and it becomes an architectural treasure of St Petersburg – and a lasting symbol of Catherine’s reign 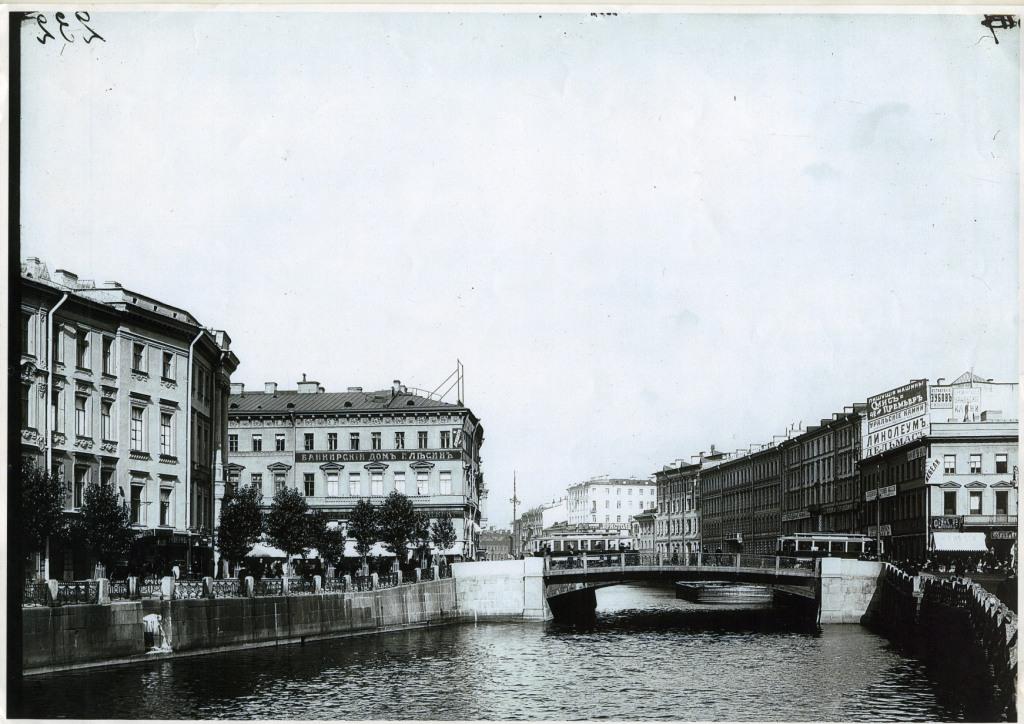 The 1770s A series of concerts and masquerades are presented by the Musical Club. Guests include the radical writer Alexander Radishchev, the satirical playwright Denis Fonvizin, and the fashionable Italian architect Giacomo Quarenghi 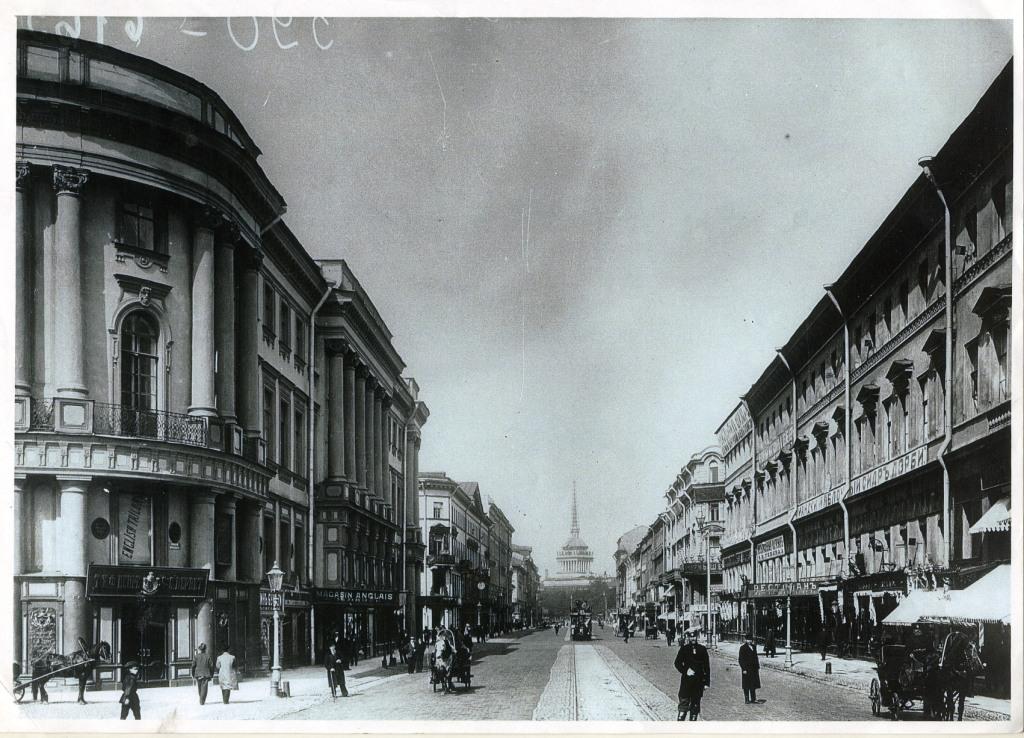 1801 Duke von Palen, who lives in the building of what is now the Taleon Imperial Hotel, is the ringleader in the plot to assassinate Emperor Paul I. On the night of 11th March 1801, he instructs a group of 12 officers to go to Mikhailovky Palace to murder Pavel I

1808 Mademoiselle Georges (Marguerite Georges (1787–1867), sweetheart of Napoleon, lives in the Taleon building. A famous French actress, she successfully performs on the stages of St Petersburg. Among her numerous fans is Emperor Alexander I. She leaves St. Petersburg in 1812, following Napoleon’s retreat from Russia

The 1820s Throughout the decade, the Taleon restaurant is one of the most fashionable in St Petersburg

1858-1870 The wealthy Eliseev brothers buy the building on the corner of Nevsky Prospect and Moika River Embankment; several generations will live here until 1917

1860-the 70s A cultural salon is established, in what is now the Grand Ballroom, where writers including Fyodor Dostoyevsky, Ivan Turgenev, and Mikhail Saltykov gather to read their works

The 1900s The Eliseev family become patrons of art, gathering a significant collection of sculptures by Rodin – today, key exhibits in the Rodin Hall in the Hermitage Museum

1902-4 Stepan Petrovich Eliseev commissions a complete restyling of the interiors of the palace, in a mix of Renaissance, Baroque, Rococo, and French Empire styles. The wing facing the Moika is totally reconstructed

1903 Eliseev travels to Paris for the first Salon d’Automne, where new trends in art and the decorative arts are being shown, and orders a library for the mansion – it becomes one of the first complete Art Nouveau rooms in Russia

1917 The Russian Revolution destroys the Tsarist autocracy in Russia, resulting in the creation of the Russian Republic. The Tsar is deposed in February, and the Bolsheviks seize power following the second revolution in October. Lenin becomes leader

The Eliseev family flee Russia, leaving the house behind. Legend has it that they left their treasures in the walls of the house, but these are never found

1919-22 The Eliseev’s palace is nationalized and becomes the House of Arts; for a few years throughout the Russian Civil War, the building is at the very center of revolutionary art. Founded by Maxim Gorky and conceived as a commune for the artistic intelligentsia. Some of the most famous figures (poets, writers, artists, and critics) in Russian culture meet and live here: Anna Akhmatova, Evgeniy Zamyatin, Kuzma Petrov-Vodkin, Yuri Annenkov, Osip Mandelstam

1919 In the House of Arts, Vladimir Mayakovsky reads out his political poem “150,000,000,” telling of the battle between 150 million Soviet workers and the forces of capitalism, symbolized by such persons as Wilson, Lincoln, Edison, and Whitman

1920 Maxim Gorky presides over a meeting in the Eliseev’s Walnut Salon in the House of Arts, between members of the Soviet intelligentsia and the English writer H.G. Wells

1923 Alexander Grin gives the first reading of what will become his most famous work – ‘Scarlet Sails’, a children’s book read by adults

1941-44 The Light Ribbon cinema (later renamed Barrikada) stays open throughout the 872 days of the Siege of Leningrad, screening war documentaries and movies. The cinema becomes an important symbol for the city and a key source of information

1993 JSC Taleon starts an extensive restoration process, transforming the neglected palace back to its former glory, and incorporating it into one hotel to get the best hotels in St Petersburg, three separate buildings: Checherin’s 18th-century palace, Eliseev’s mansion on Moika River Embankment, and a classical building on Bolshaya Morskaya

1997 The hotel opens as The Taleon Club, occupying the front part of the palace along the Moika River

2003 St Petersburg celebrates its 300th anniversary, and the Taleon Imperial Hotel opens its doors as a luxury hotel in the heart of the city and gets one of the best hotels in St Petersburg

2010 A new wing is added, bringing the total number of rooms to 89, with 27,000 square meters of grand halls, stairways, atriums, and hallways